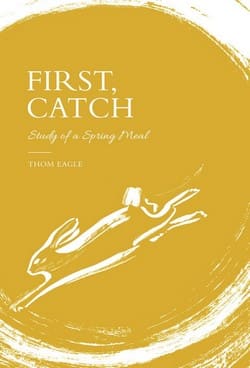 Thom Eagle is a chef, writer, and Young British Foodies-nominated pickler. Before joining the team behind the restaurants Ducksoup and Rawduck, Thom was the sous-chef at the Darsham Nurseries Café in Suffolk, and together they were nominated by the Observer Food Monthly as one of the 50 Things to Love in 2017. While he was there, the Darsham Nurseries Café earned a spot in the 2017 Michelin Guide and one in the National Restaurant Awards Top 100. He is currently based at Little Duck in East London and blogs at In Search of Lost Thyme. He is also a regular contributor to the Locavore magazine. First, Catch is his first book and was published by Quadrille in April 2018.