Robin Haigh is a composer based in London. In 2017 he became one of the youngest ever recipients of a British Composer Award at the age of 24. As well as being commissioned by the UK’s most prestigious ensembles and institutions such as the LSO, Britten Sinfonia and Sage Gateshead, he has collaborated closely with leading ensembles of his own generation including the Ligeti Quartet and The Hermes Experiment.

One of his most long-standing collaborations has been with recorder player Tabea Debus, for whom he has written a trilogy of pieces: In Feyre Foreste for recorder quintet, Twenty One Minute Pieces for four players, and Aesop for solo recorder and eight players. Dramatic works include the comic opera The Man Who Woke Up, which has been performed in London and Louisville, and 1936 for two narrators and fifteen players, played by the East London Music Group and Uncharted Lines ensemble. Both pieces have additional performances planned for 2019.

In 2017 he was PRSF Young Composer in Residence with the Sage Gateshead, writing the piece Zehner for the Young Sinfonia, and delivering composition workshops to students. His work with children continued when he was commissioned by the LSO in 2018 to write several pieces for a storytelling concert for under-5s.

Robin won the Royal Academy of Music’s Eric Coates Prize. In 2018 he was selected for the inaugural PRS Accelerate scheme, and both Phase I and II of the LSO’s Soundhub scheme. He was one of six composers chosen to appear on NMC’s Next Wave 2 release which features his piece Zorthern, performed by the Royal Northern Sinfonia. Robin studied at Goldsmiths College and the Royal Academy of Music with teachers including Dmitri Smirnov, Edmund Finnis, and David Sawer, and has worked as an assistant to Sir Harrison Birtwistle. He currently studies for a PhD at the University of York with Martin Suckling, supported by a WRoCAH studentship. 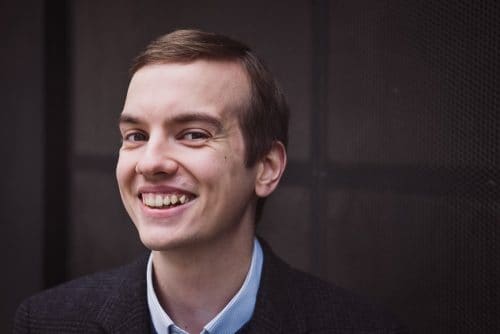