One of Ireland’s most accomplished violinists, Mairéad Hickey was NCH Irish Young Musician of the Year 2010 – 2012.  Apart from winning prizes at renowned Irish competitions, she won third prize as well as a Special Prize for the best interpretation of a virtuoso work at the 2016 International Louis Spohr Competition and first prize in the Jeunesses Musicales Violin Competition, Romania 2012.  In 2017 she was awarded a Special Prize in the Berliner International Music Competition and the Manhattan International Music Competition.  Performing regularly throughout Ireland, she has played with both the RTÉ National Concert and Symphony Orchestras.  She has performed in every major concert hall in Ireland and abroad in venues including the Royal Festival Hall, London, Beethoven-Haus, Bonn and Carnegie Hall, New York.

Born in 1996,  Mairéad began playing the violin at the age of three with Jyrki Pietila.  From 2003 to 2014 she studied with Adrian Petcu at the CIT Cork School of Music, Ireland and spent a year in France studying at the Conservatoire de Nantes with Constantin Serban.  She is now studying with Mihaela Martin at Kronberg Academy, sponsored by the Hilmar Kopper Stipendium.  She has taken masterclasses with musicians such as András Schiff, Gidon Kremer, Dora Schwarzberg, Vadim Repin, Mariana Sirbu, Ana Chumachenco, Vadim Gluzman, Yossi Zivoni, Mauricio Fuks, Gabor Takács-Nagy, Christoph Eschenbach, Marc Danel, Antje Weithaas, Zakhar Bron, and Ivry Gitlis among many others.

Mairéad also plays traditional Irish music and has won eight world Irish fiddle titles. She has an instructional app ‘Irish Fiddler’ which is available on iTunes.

Mairéad currently plays a Giovanni Tononi violin, kindly loaned to her through the Beares International Violin Society.  She is supported by the Arts Council and the Music Network Music Capital Scheme, funded by the Department of Arts, Heritage and the Gaeltacht. 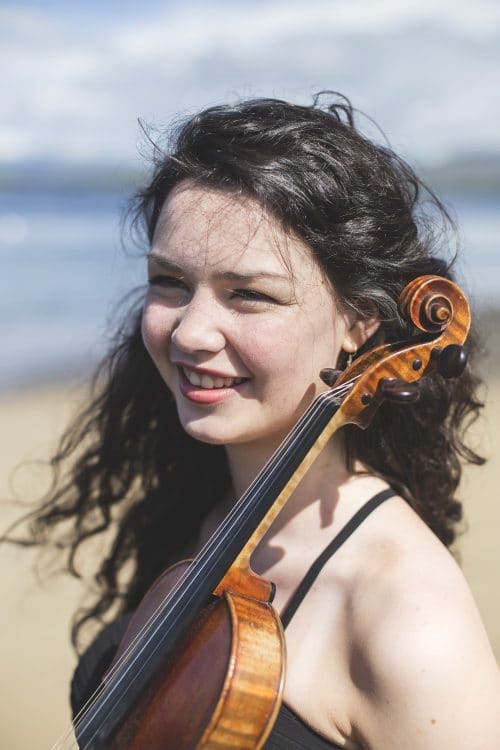