James May (b. 1994, Pittsburgh) creates music that focuses on texture, space, and theatrics. In addition to composing, he is an improvisor, experimental performer, conductor, founding member of AmiEnsemble, and contributing writer for icareifyoulisten.com. Recent projects and collaborations include a theatrical food–based improvisation with Molly Garvey, sound design for University College Cork’s final year production Goblin Market, and a series of extended improvised performances. His work has been performed and recorded by JACK Quartet, the San Francisco Choral Artists, Longleash, and the University of Louisville Orchestra and Collegiate Chorale.

James is one of 12 recipients of the 2018-19 George J. Mitchell Scholarship, funding an MA in Experimental Sound Practice at University College Cork. He previously studied with Steve Rouse and Kimcherie Lloyd as a Bomhard Fellow at the University of Louisville, and Jack Gallagher and Lisa Wong at The College of Wooster. 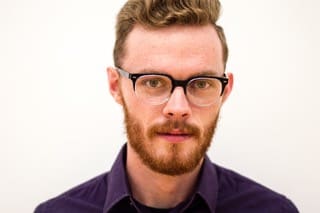