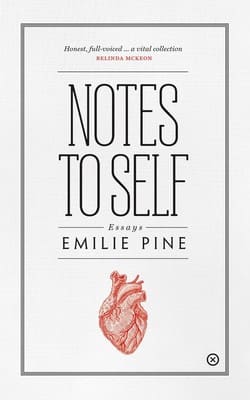 Emilie Pine is Associate Professor in Modern Drama at University College Dublin, Ireland. She has published widely on Irish culture, including reviews for RTÉ’s Arena, Irish Theatre Magazine and the Irish Times. Emilie has contributed to numerous academic publications as well as to the Stinging Fly. She is editor of the Irish University Review. Notes to Self is her first collection of essays and it was published by Tramp Press is July 2018. It won Book of the Year at the An Post Irish Book Awards and was shortlisted for the inaugural Michel Déon Prize for non-fiction and the 2018 Butler Literary Award.