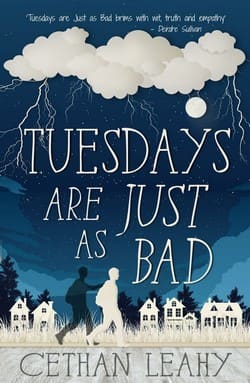 Cethan Leahy is a writer, filmmaker, and editor of Irish literary magazine The Penny Dreadful. His short stories are published in The Looking Glass, Wordlegs and Five Dials and he has written two Fiction Express eBooks for Middle Grade, The Chosen One (and his mum and his dad and his sister) and Prince Charming and his Quest for a Wife. Cethan’s animation short The Beast of Bath was broadcast on national television. His short film The Amazing appeared in Cork film anthology Cork, Like in 2013. His radio programmes, including children’s drama Tales from the Fairy Fort, have appeared on LifeFM and RTÉJnr digital radio. He has also contributed illustration work to Cork comics press Turncoat Press. Cethan won the Mercier Press fiction competition and his debut novel Tuesdays Are Just As Bad was published by Mercier Press in June 2018.