21 year-old pianist Albert Cano Smit was awarded First Prize at the 2017 Walter W. Naumburg Piano Competition. He has performed as soloist and chamber musician across Europe and America, and has been praised for playing ‘with the maturity of someone three times his age’ (CBC Music), for his ‘dazzling technical and emotional dexterity and musicianship’ (DNA) and ‘a superb musician has spoken’ (Le Devoir).

The following season’s highlights include his recital debut at Carnegie Hall, appearances at the Wissembourg Festival, Rheingau Musik-Festival, a recital tour of Spain featuring the world premiere of Miquel Oliu’s preludes, further collaborations with Will Hagen across Germany and the US, collaborations with flutist Anthony Trionfo as well as his recital debuts at L’Auditori de Barcelona, Herbst Theatre in San Francisco,  Fondation Louis Vuitton in Paris, Bravo! Vail in Colorado and concerto debuts with the San Diego Symphony Orchestra, OBC, and Las Vegas Philharmonic.

His recital appearances have taken him to such prestigious venues as the the Bozar’s Henry Le Boeuf Hall in Brussels, the Maison Symphonique in Montreal, the Palau de la Musica in Barcelona, the Bridgewater Hall in Manchester, Royce Hall in Los Angeles, the Teatros del Canal in Madrid, the Palacio de Festivales in Santander, the Espai Ter in Torroella, amongst others. As a soloist he has performed with the Orchestre Symphonique de Montreal, the Manchester Camerata, the Nottingham Youth Orchestra, and the American Youth Symphony.

In 2015, he gave a four-hand performance of the Schubert Fantasy with pianist Jean-Yves Thibaudet at Zipper Hall in Los Angeles, followed by repeat performance in 2017 at the Wallis Annenberg Center Hall in Beverly Hills. He has toured frequently with violinist Will Hagen and flutist Anthony Trionfo, and is a passionate chamber musician. He has collaborated with Andrej Bielow, Gary Hoffmann, the Cuarteto Casals, the Ebène Quartet, the Szymanowski Quartet, the Gerhard Quartet and Lev Sivkov.

Besides the Naumburg prize, Mr. Cano Smit was also a finalist of the Concours International de Montreal 2017 for piano and has been awarded multiple prizes. He won his first international piano competition at age 14 at the 2011 International Chopin Festival in Mazovia, Poland. Since then he has won first prize at numerous competitions including the 2015 International Piano Competition “Eugenia Verdet” in Barcelona, Spain; the 2014 Beethoven Piano Society of Europe Junior Intercollegiate Competition; and the Chopin Prize at the Royal Northern College of Music in Manchester, United Kingdom.

Currently, Mr. Cano Smit studies with Robert McDonald at the Juilliard School in New York. He is also under regular tutelage by Jean-Yves Thibaudet, and has benefited from major artistic advice by Ferenc Rados, Stephen Hough, Kevin Kenner, Ilya Itin, Christian Blackshaw, Sergei Babayan and Richard Goode. Previous teachers include Ory Shihor, Graham Caskie and Marta Karbownicka. He is an alumn of the Verbier Festival Academy. 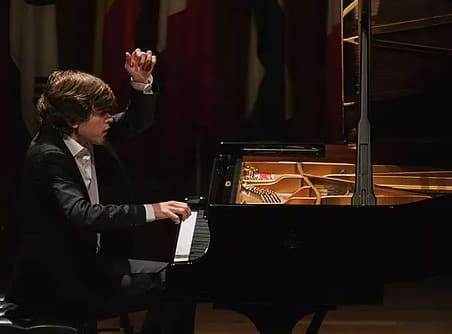