Violist Simone van der Giessen was born in Amsterdam in 1984. Since the age of 5, music and the violin have played an important role in her life. In 2002, Simone moved to the U.K. to continue her studies with Jan Repko at the Royal Northern College of Music. It was in Manchester, that as a founding member of  the Navarra String Quartet, chamber music became the centre of her musical life. In 2004 she began studying viola with Predrag Katanic and after graduating in June 2006 with First Class Honours she won the RNCM’s Cecil Aronowitz Prize for viola and performed Walton’s concerto for viola with the RNCM Symphony Orchestra. In 2009 she performed in the Royal Festival Hall with pianist Amy de Sybel after receiving a Martin Music Scholarship.

Outside of the quartet, Simone is in much demand as a chamber musician and is frequently invited to perform with chamber orchestras and ensembles such as the Aronowitz Ensemble, Britten Sinfonia, Ensemble 360 and the Mahler Chamber Orchestra. Other chamber music partners have included Anthony Marwood, Paul Watkins and Richard Lester.

Simone’s biggest influences came from her professors Jan Repko, Predrag Katanic, Alasdair Tait and Chris Rowland at the RNCM and David Takeno at the GSMD. Other musical influences came from studies at festivals and schools such as Bowdoin and California Festivals, the International Musicians Seminar, Cologne Hochschüle and Chamber Studio with the AlbanBerg Quartet, Gabor Takacs-Nagy, Thomas Riebl, Gyorgy Kurtag, Eberhard Feltz and Ferenc Rados. Simone was grateful for the generous support of both the Prince Bernard Cultural Foundation of Holland and the Martin Music Scholarship Fund throughout her studies.

Simone plays on a mid 19th Century English viola of an unknown maker. 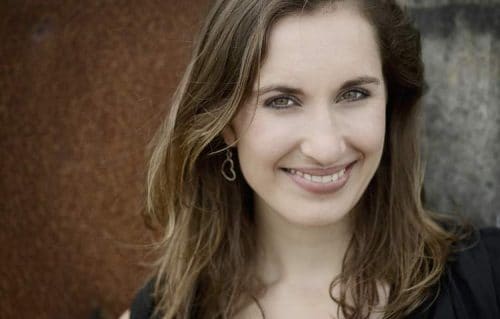