Ruby Hughes began her musical studies as a cellist graduating from the Guildhall School of Music in London. She went on to study voice at the Hochschule für Musik und Theater, Munich and the Royal College of Music, London, graduating in 2009.

Holder of a Borletti-Buitoni Trust Award, Shortlisted for a 2014 Royal Philharmonic Society Music Award, Winner of both First Prize and the Audience Prize at the 2009 London Handel Singing Competition and a former BBC New Generation Artist, Ruby Hughes is the daughter of the celebrated Welsh ceramicist Elizabeth Fritsch.

She made her debut at Theater an der Wein in 2009 as Roggiero in Rossini’s Tancredi, returning as Fortuna in L’Incoronazione di Poppea. She has performed Euridice in L’Orfeo at Aix-en-Provence Festival, Sandrina L’infedelta delusa and Narcissa-Philemon und Baucis at the Musikfestspiele Potsdam Sanssouci, The Indian Queen at the Schwetzinger Festival, and Rose Maurrant-Street Scene at the Opéra de Toulon.

In the UK she has performed major roles with English National Opera, Garsington Opera, The Opera Group, Music Theatre Wales and Scottish Opera. She also appeared in Sir Jonathan Miller’s acclaimed production of the St Matthew Passion at the National Theatre. 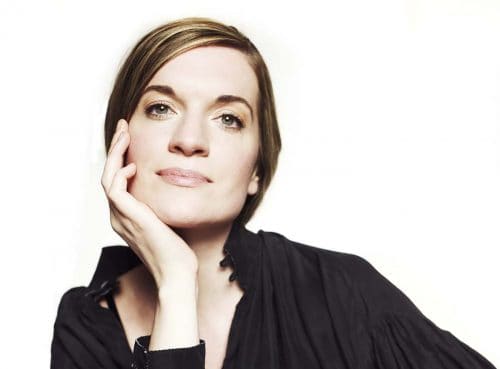 Tickets from €10
Find out more