British violist Rosalind Ventris leads an international career as a soloist and chamber musician. As a recitalist, she has appeared at the Royal Festival Hall, Purcell Room, Wigmore Hall, Aldeburgh Festival, the Slovak Philharmonic, & Het Concertgebouw Kleine Zaal. At the age of 17, she was the youngest competitor at the 2006 Lionel Tertis Competition, and won two prizes, which led to performing with the European Union Chamber Orchestra at the Emilia Romagna Festival in Italy, and in the UK with Tasmin Little. She has also performed concerti with orchestras such as Sinfonia Cymru and l’Orchestre Royal de Chambre de Wallonie. As a member of the Albion Quartet, she has recorded with the Czech Philharmonic for Signum Records. She was a prizewinner at the 2013 Tertis Competition: five prizes including Yuri Bashmet’s President’s Prize. She has received awards from the Hattori Foundation, Martin Musical Scholarship Fund, Musicians Benevolent Fund, Kirckman Concert Society, English Speaking Union, and the Countess of Munster Trust. In 2013, Rosalind was chosen as an International Holland Music Sessions ‘Young Master on Tour’, and was an artist in Residence at the Banff Centre in 2014. In 2016 she was selected as a Philip & Dorothy Green Making Music Award Winner (AYCA) and a Park Lane Group artist.

As a chamber musician, she has collaborated with Mitsuko Uchida at Marlboro Festival, Tabea Zimmermann, Garth Knox, and Thomas Hoppe, at the Wigmore Hall (three concerts in the 2014 ‘Viola Day’), the Arcanto Quartett at the Beethovenhaus in Bonn, and Gerhard Schultz at the Salzburg Festival. Rosalind is a member of Trio Anima (with harpist Anneke Hodnett, and principal flautist of BBCNOW Matthew Featherstone) and the Albion String Quartet (with Tamsin Waley-Cohen, Emma Parker and Nathaniel Boyd). Rosalind has frequently been a guest player of the Aronowitz Ensemble, and regularly attends IMS Prussia Cove Open Chamber Music. She has broadcast live on BBC Radio 3, and recorded for Delphian and Navona in 2017. The Albion Quartet’s debut discs will be released on Signum Records later this year. Rosalind has been guest principal viola of the European Union Chamber Orchestra (aged 19), the Amsterdam Sinfonietta and the Australian Chamber Orchestra.

Rosalind studied with Ian Jewel, David Takeno, Kim Kashkashian, and Miguel da Silva. She holds an undergraduate degree from Cambridge University, and completed her postgraduate studies at the Guildhall School of Music & Drama, where she was also a Fellow in 2011-12. With the Albion Quartet, she is quartet in residence at the Royal Welsh College of Music & Drama. She looks forward to teaching at the Royal Irish Academy of Music from September 2018. Rosalind’s forthcoming performances include the Wigmore Hall, Båstad Chamber Music Festival, Ryedale Festival, and Kings Place. 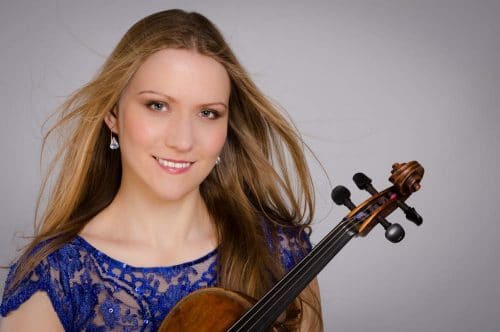