Philippe Cassard has established an international reputation as concerto soloist, recitalist and chamber musician since giving a joint recital with Christa Ludwig in Paris in 1985. The same year he was finalist at the Clara Haskil Competition and in 1988 he won the First Prize at the Dublin International Piano Competition.

His performance of the complete piano works of Debussy (four recitals in a single day) received extremely enthusiastic press and media coverage. He has presented the cycle in London Wigmore Hall, Dublin, Paris, Lisbon, Sydney, Singapore and Tokyo. His Debussy’s recordings published by Decca have been awarded Grand Prix du Disque Français in 1994.

Philippe Cassard has been artistic director of the festival « Nuits Romantiques du Lac du Bourget » (1999-2008), and since 2005, he has presented 430 live weekly programmes on France Musique Radio dedicated to piano interpretation (awarded Prix SCAM in 2007 as “Best radio programme”). He has written an essay on Schubert and a book on cinema and music links. 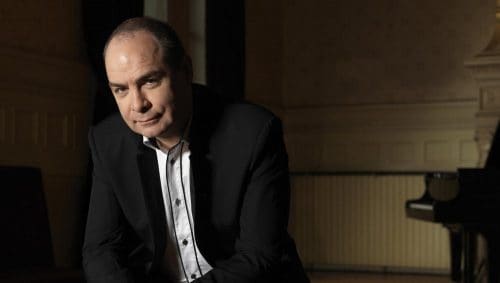