Key Chain is an eight-minute composition for string quartet. The title refers to the work’s underlying harmonic language, which is based on the continuous transformation of the diatonic scale (i.e. the seven pitches in a musical key). By designing a harmonic foundation from a vast chain of different keys, a form of music emerges that is rich in colour and diverse in character. Throughout the opening section, thunderous torrents gradually relent to gentler sustained sonorities. Ensuing passages introduce quivering motifs that evolve into brilliant trembling waves, while subsequent combinations of sliding and heaving gestures exhibit an almost organic identity. In contrast, the penultimate section conveys a mechanical quality that derives from regimented plucking and strumming. Although strange scratching/tapping noises pervade the concluding passages, their cacophonous presence diminishes as the opening torrents re-emerge. However, an explosive “exclamation mark” ultimately breaks the key chain. 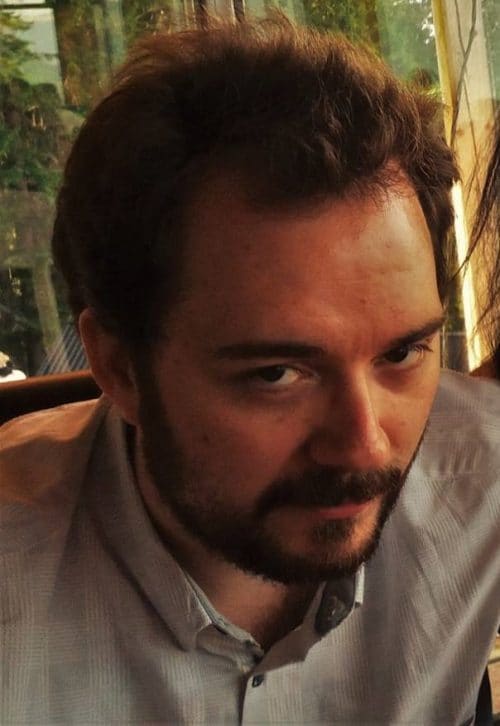