Born in the US and raised in Finland, Elina Vähälä made her orchestral debut with Sinfonia Lahti at the age of twelve and was later chosen by Osmo Vänskä as the orchestra’s ‘Young Master Soloist’. Since then, her career continues to expand on the international stage, winning praise from audiences and musicians alike as ‘a fluent, stylish and gifted musician whose brilliant technique is matched by an abundant spirit, sensitivity and imagination’ (Chicago Tribune). In 2008 she was chosen to perform at the Nobel Peace Prize ceremony which was televised to a worldwide audience.

With a repertoire that ranges from baroque to contemporary, Elina Vähälä has given world premieres of Aulis Sallinen’s Chamber Concerto and Curtis-Smith’s Double Concerto (both written for her and pianist-conductor Ralf Gothóni) and Kalevi Aho’s Violin Concerto No.2. In addition, she gave the first Nordic performance of John Corigliano’s Violin Concerto ‘The Red Violin’ and commissioned a new violin concerto from composer Jaakko Kuusisto. Both the Corgiliano and Kuusisto concertos were recorded for BIS in 2013.

Educational activities play an important role in her commitment to music; In 2009 Elina Vähälä launched ‘The Violin Academy’ funded by the Finnish Cultural Foundation – the academy is a master class based educational project for selected, highly talented young Finnish violinists. 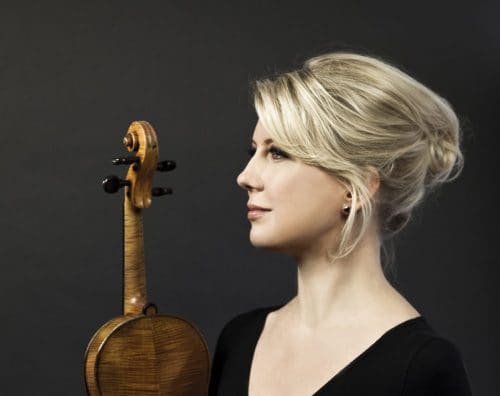