The musicians of the baroque band Camerata Øresund are based in the Øresund region, which spans southern Sweden and eastern Denmark. The region’s vibrant musical life is enhanced by the Øresund Bridge which links the cities of Malmö and Copenhagen.

Initiated in 2010 by violinist Peter Spissky (concertmaster of Concerto Copenhagen), Camerata first launched a series of concerts called “Bach on the Bridge”, referring to the Øresund bridge which connects Camerata’s musicians (one year ahead of the famous Swedish/Danish TV drama series “Bron” that features the same bridge).

During the past years, Camerata Øresund’s concert activities have included regular appearances at festivals and concert venues in Denmark, Sweden and Iceland. Camerata’s signature performances at the KoncertKirken in Copenhagen are drawing the ongoing attention of a varied audience. Whether with rare repertoire discoveries (a new-found Vivaldi concerto, Ræhs’ violin concertos) or innovative performance concepts such as staged portraits of composers, large choral works with a soloist choir and no conductor, and thematic concerts for children, Camerata Øresund creates a platform for young talented players and singers from the region at the start of their careers. Several Scandinavian rising stars, like Swedish harpsichord virtuoso Marcus Mohlin and Danish soprano Eline Soelmark, belong to the core of the ensemble.

Camerata Øresund is closely associated with the Næstved Early Music Festival (Denmark) which in 2016 brought the ensemble together with Jordi Savall and Nicholas Mulroy. For the upcoming festival in Næstved in August 2018, Camerata Øresund and Peter Spissky are preparing a staged opera performance of Vivaldi’s ‘Il Giustino’ with the famous Italian stage director Deda Cristina Colonna. 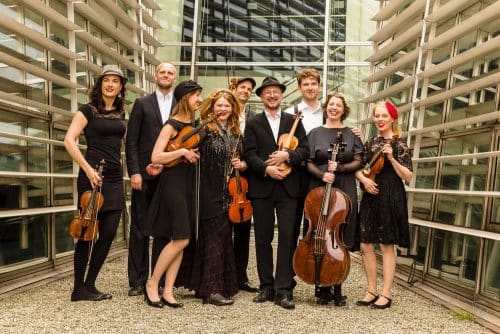